What could better represent Key Performance Indicators gone badly than the grey gloom of an industrial-era Soviet nail factory?

The Soviet nail factory is our first example of how key performance indicators (KPI) can go wrong. The nail factory is something of a metric urban legend. While I have not been able to find evidence of the “REAL” nail factory, I truly want to believe it exists.

The unintended consequence of meeting a metric at all costs is what is at the heart of all that is wrong with mismanaged KPIs. The nail factory plant manager intends to get their bonus (or not be shipped off to a gulag in Siberia) regardless of the consequences. There is no intention of meeting actual demand. However, there is strict adherence to ensuring the metric is met at all costs. Bottom line, there is a misalignment of intentions between the plant manager and desired result. 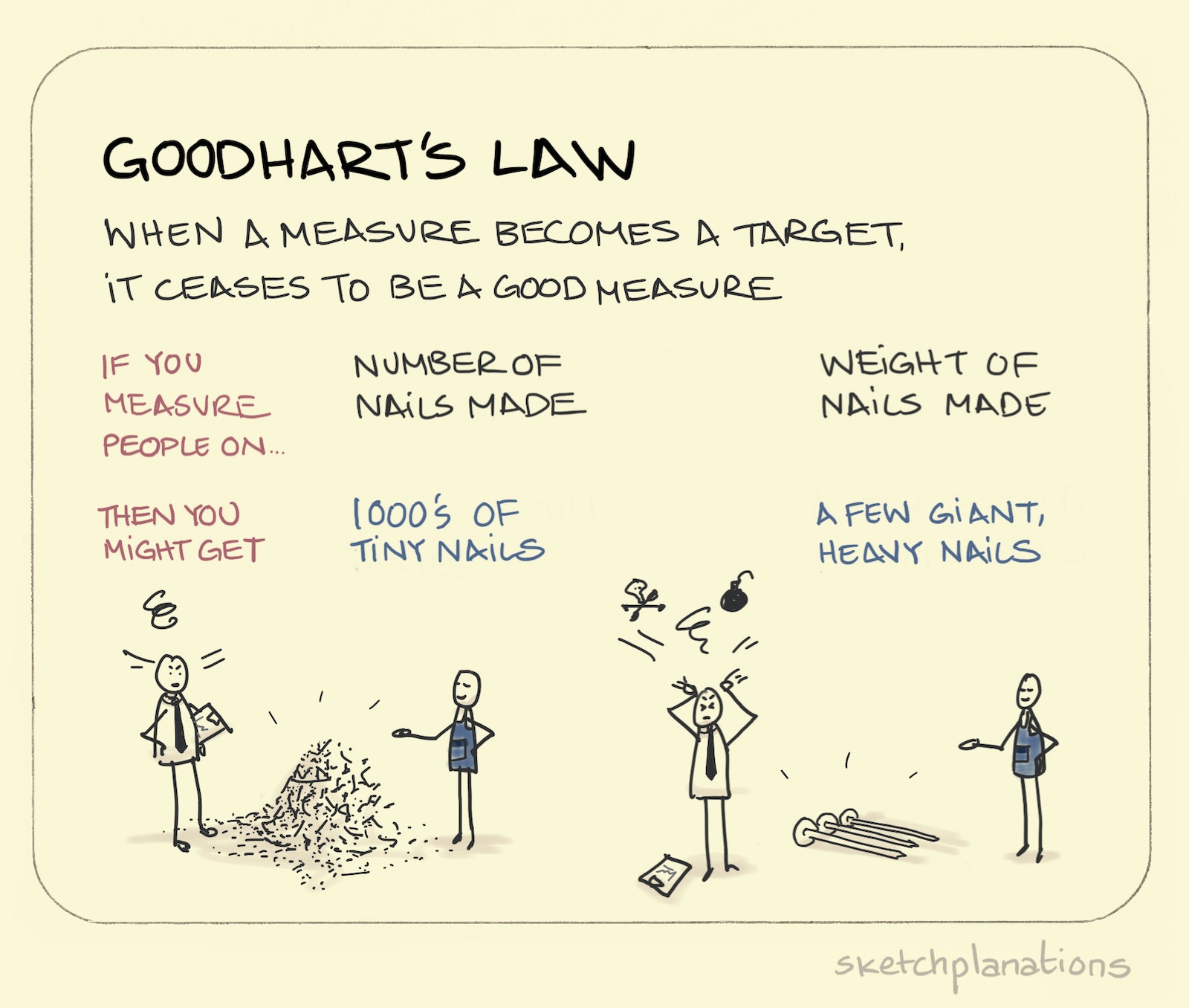 The Soviet nail factory provides two simple examples of what happens when a metric becomes a target rather than a measure of success. For instance, if the plant manager is incented on the number of nails produced, you get lots of little nails. If, on the other hand, production is measured by the weight of nails, then you get a lot of big heavy nails. The problem is that the intention of the metric has become a target rather than a measure of success. The result is that the output of the nail factory does not meet market demand.

If the nail factory plant manager cares more about meeting the KPI than measuring success then this can have unintended consequences. Therefore the KPI ends up corrupting the very process it was intended to improve. This isn’t because the metric is terrible but because the intentions of the people running the process and the TRUE measure of success need to be aligned.

So there you have it … the three simple steps on how key performance indicators can actually corrupt the process they are intended to monitor. But let’s not stop here. I have two real-life examples that show exactly the same pattern of behavior. The following two posts in this series are the LIBOR scandal and the Atlanta teacher’s scandal.

All the best,
Ian Paul Graham, startup coach and researcher